You are here: Home / Food / Sourdough Cinnamon Rolls
I may receive a commission if you purchase through links in this post.

Our affinity for sourdough is well-documented, and we may have a new addition in the fold. We’ve made these sourdough cinnamon rolls for the last two Christmas mornings, and it might be a new tradition.

Not only are these rolls as delicious as any other I’ve tried, they’re made with a living sourdough starter. This results in an extra-flavorful roll, as well as imparting a number of health benefits. 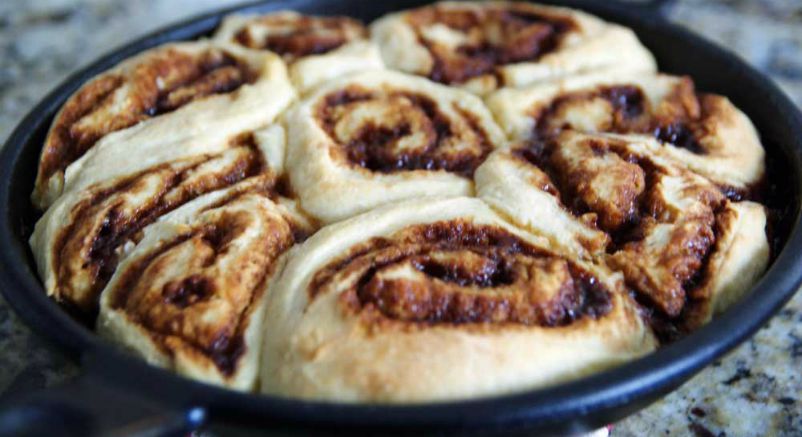 During the proofing process (letting it sit out), the natural yeasts and bacteria start to ferment the dough, which produces lactic acid.

Not only is this lactic acid where a lot of the sourdough flavor comes from, it also helps to break down phytic acid, gluten, and other starches in the dough, making the end result easier on your stomach, especially if you have minor gluten sensitivity.

These sourdough cinnamon rolls start much the same as any other sourdough recipe. We’re going to mix some starter with flour and liquid and let it rest. The difference here is the addition of butter, which later yields a moist, delicious crumb.

Using a fork or pastry blender, work a stick of butter into 2 1/2 cups of flour until it’s formed small chunks. Mix up the starter, a bit of sweetener, and some milk in a separate bowl, then pour this into the flour. Stir until a soft dough forms – cover and let it sit for at least 8-12 hours.

Combine baking soda, salt, and baking powder in a small bowl, then work that into the dough. On a counter, gently form the dough into a rectangle, roughly 1/2″ thick.

To make the filling, melt butter in a bowl and add cinnamon and coconut sugar. Brush the filling evenly onto the dough rectangle. Carefully and tightly roll it lengthwise, then cut into 1/2″ thick pieces.

Place these into a large cast iron skillet and bake at 350 F for about 25-30 minutes. I go unfrosted, but if you prefer, you can drizzle with some kind of frosting when they come out of the oven. Enjoy your sourdough cinnamon rolls as soon as they’re cool enough to eat!

Pro tip: I want the sourdough cinnamon rolls ready for baking Christmas morning. I don’t have time to mix and roll the dough with everything else that’s going on. So I start the dough the morning of Christmas Eve, then roll everything out and get it in the skillet later that night.

Cover it and pop it in the fridge overnight (the cool temp slows down any additional rising action). Toss it in the oven the next morning while the kids are opening presents – when they’re done, breakfast is ready! 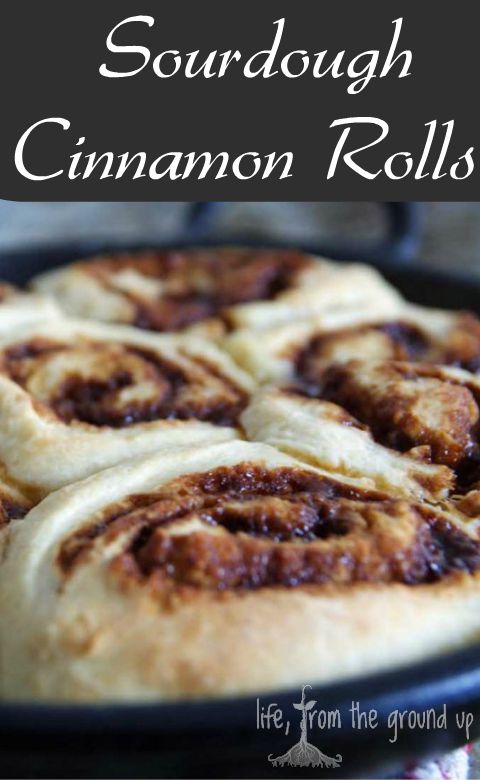