You are here: Home / Natural living / Natural Coconut Oil Homemade Deodorant – Easy and Effective!
I may receive a commission if you purchase through links in this post.

Body odor can be a stinky subject to talk about, but luckily for you, you no longer have to worry about it! I’ve street-tested an easy homemade deodorant that you can make in about three minutes, on the cheap, and best of all, it doesn’t contain any of the fun chemicals that you find in almost every over-the-counter option.

Regular deodorant/antiperspirant contains lots of artificial fragrance, and also aluminum (I won’t bother rehashing, but aluminum has been loosely linked to increased risk of breast cancer and Alzheimer’s). Frankly, most that I’ve used over the years didn’t really stop me from sweating (though sweating is a good thing!), and the fragrance just acted to mask the underlying odor. Ocean Breeze BO, yum! That, and as with everything else, if I could find something that did the job while managing to not be loaded with all kinds of unpronounceable ingredients, I’d much prefer that route.

So the first step along that journey was switching to a natural brand. Which was nice, because it didn’t have most of the chemicals and fragrance, so by the end of the day, it wasn’t Ocean Breeze BO, it was just BO. Even yummier. The next step logical step was, of course, making my own. I’d been experimenting with it for a while – I’d put a little (and I mean little) glop of coconut oil in the palm of my hand, add some baking soda to make a loose paste, then smear it in. I’d done it occasionally for a couple months, but the real beta test came over the long Fourth of July weekend. I applied some of this mess just before we left for North Carolina, then didn’t do anything. No more applications, no washing of the armpits. I made it four full days before any stink started to come back. Sold. For something so stupidly simple, it worked exponentially better than any commercial product I’ve ever used.

Now if you’re ready to take the plunge, there are a few options. One, just mix the coconut oil and baking soda in your hand every day. If, after doing that for a while, you want to do it longer term, go ahead and whip up a batch using the recipe below (three ingredients). And if you want to get fancy and add a fourth ingredient, you can put in a few drops of your favorite essential oil. 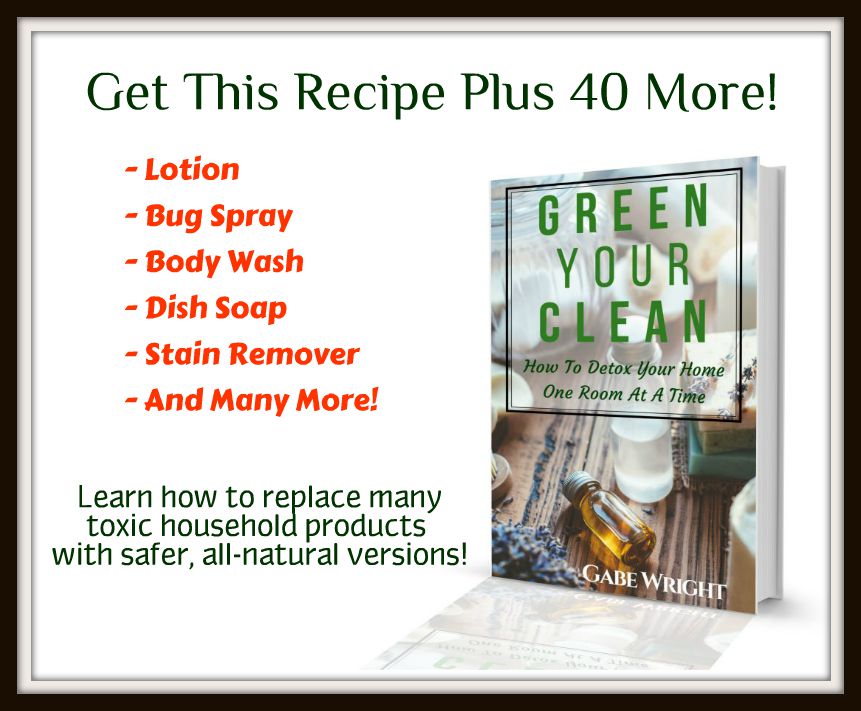 This mixes easier if the oil is soft or melted, so heat it up in a small bowl first. Add the other ingredients, then whip it all up with a hand mixer until smooth. Pour it into a small glass jar to cool.

Some people apparently get occasional underarm redness from the baking soda, so you can cut back a bit if that’s a problem.

You won’t apply this with a stick like the usual stuff; you’ll have to use a finger or two. When it’s cold, the deodorant will be harder, but coconut oil has a melting point of ~76 F, so when it gets hot in the summer, it’ll be a little goopier (and easier to put on). A bit of a change in the morning routine, but one we’re perfectly happy with! Try this out – you won’t regret it!

To learn more about the amazing benefits of essential oils, see my Essential Oils page!

Interested in more homemade goodness? Clean up your entire routine with this body butter (and a not-so-greasy version), toothpaste, shaving soap, lip balm, and shampoo. 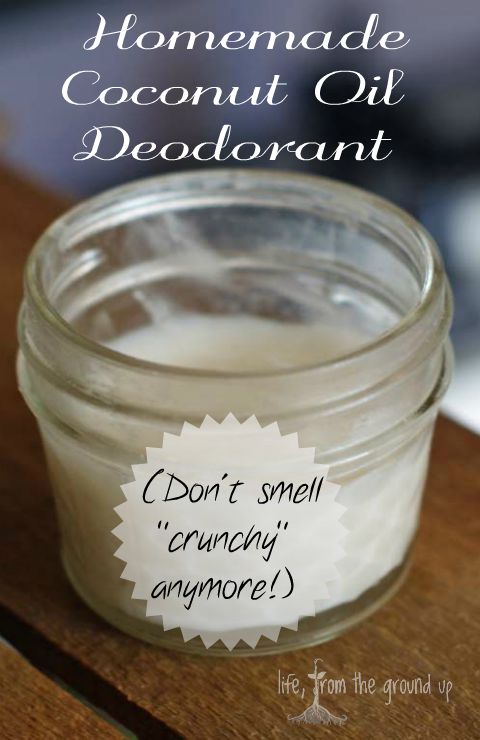 For other recipes, check out these links: