You are here: Home / Food / How to Make Maple Syrup
I may receive a commission if you purchase through links in this post.

Learning how to make maple syrup is such a fun thing to do. While it may seem like a daunting task (and yes, there is a lot of boiling time involved), the end result is more than worth it!

I was able to spend several hours on both Saturday and Sunday boiling down some of the sap we’ve collected. Saturday was windy and snowy, but Sunday was sunny and calm, so it wasn’t totally miserable. I’m guessing I made it through a little over 30 gallons over the two days, though I haven’t finished the second batch yet. If you haven’t yet made your own, let me show you how to make maple syrup (or at least my inexpensive method).

(Not sure how to get the sap in the first place? Learn how to tap maple trees here. Basically, you’re going to drill holes [generally 5/16″ but may vary depending on your spouts] about 1/2 – 1″ into the south-facing side of the tree, then gently tap the spout in with a rubber mallet. If it’s a sunny day and you found a good tree, the sap should start dripping almost instantaneously. Hang the buckets and listen to the drip, drip, drip.)

This was the first time I’ve boiled outside, so I had to set up a rough evaporator. I picked up a couple steam table pans to use as my evaporating vessels, but needed some place to keep them over a heat source.

I started with a double layer of standard cinder blocks formed to make three (almost) sides. Space them to accommodate the pans, so the lip will rest on the edge. Try to keep them as straight and level as possible – I found a relatively flat spot of ground, but didn’t go to extravagant lengths to make it perfectly level, just close enough.

Along the back, leave a space for some type of chimney. I made this out of single (8″ x 8″ x 8″) cinder blocks, and knocked the front out of the very bottom one to allow for a place for the smoke to vent. Make sure it extends at least several feet above the top of the sap. Maybe hard to explain, but just think of how a regular fireplace/chimney works. Once the pans were laid in place, I still had some gap along the top. To cover this and the front, I had some scrap pieces of cement board from the shower that fit the holes pretty well. Cement board doesn’t seem to be highly rated for heat, because the top piece was pretty crumbly after two days of burning. 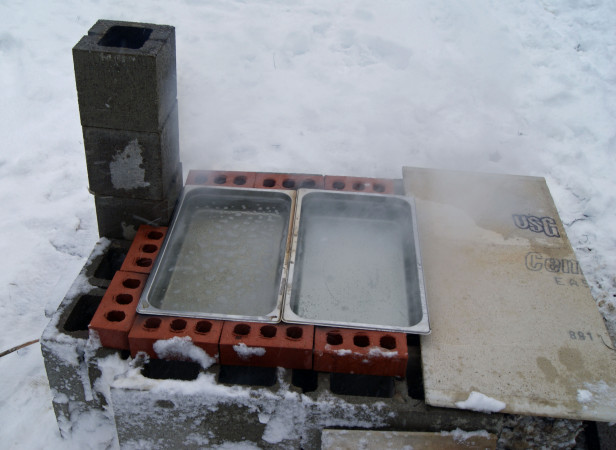 Preferably, the whole setup should be pretty airtight, with a small opening in the front to allow fresh air in, and the exhaust and smoke rising out the chimney. This will minimize the smoky flavor that the syrup takes on. Mine was certainly not airtight, but the chimney worked pretty well in taking most of the smoke out that way. Maybe next year I’ll make a permanent structure, and mortar all the cracks closed. 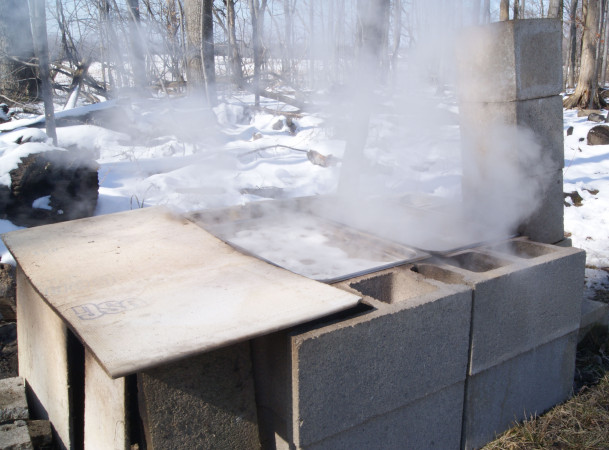 And on Sunday. Much nicer weather.

Once it gets boiling, it can go pretty quickly – I had to top off the pans fairly regularly, and add a couple more logs to the fire at least every half hour. It’s more hands-on and does require regular attention, and is not as easy as just putting it on the stove to boil, but it does go a lot quicker, and it’s nice to have an excuse to get outside. 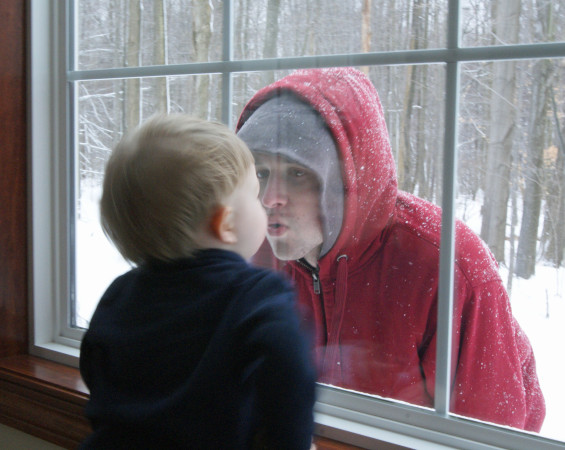 Supervising from the warmth. Although if he had a say, he’d be outside with me.

All in all, it was fun to try a new method of boiling, and I’d say the first attempt was a success. Of course, this isn’t the only or best way of doing it. You can use an old barrel, splurge on a fancy evaporator, or go old-fashioned with a kettle hanging over the fire. 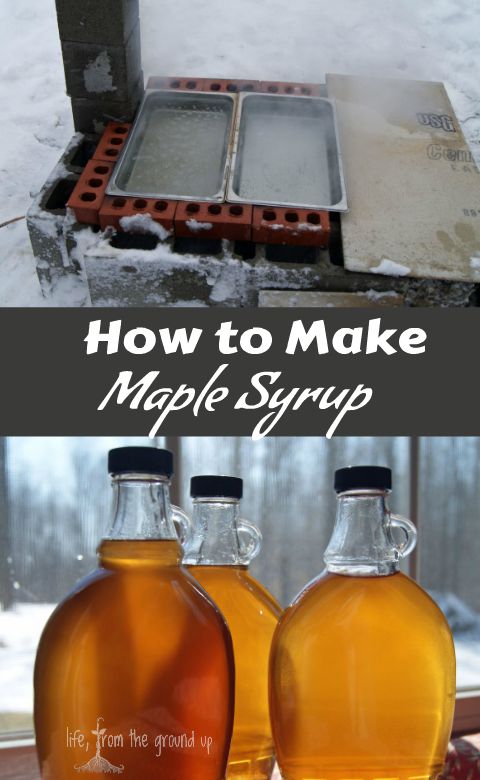 When it boiled down enough outside, I brought it in to finish on the stove. From the first batch (about half of the sap), I ended up with just under a half-gallon. It’s always amazing to me that you can turn something that’s basically water into such a treat. Now that you know how to make maple syrup for yourself, why don’t you give it a shot? 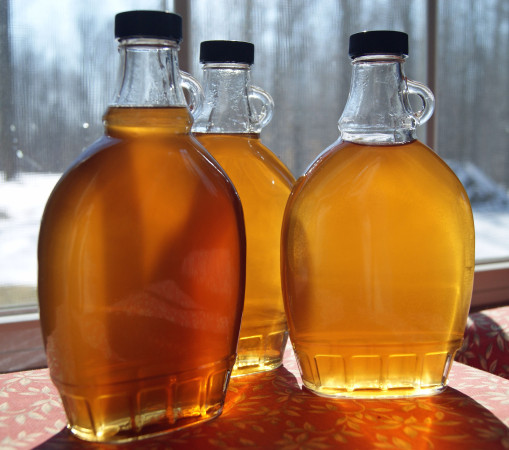